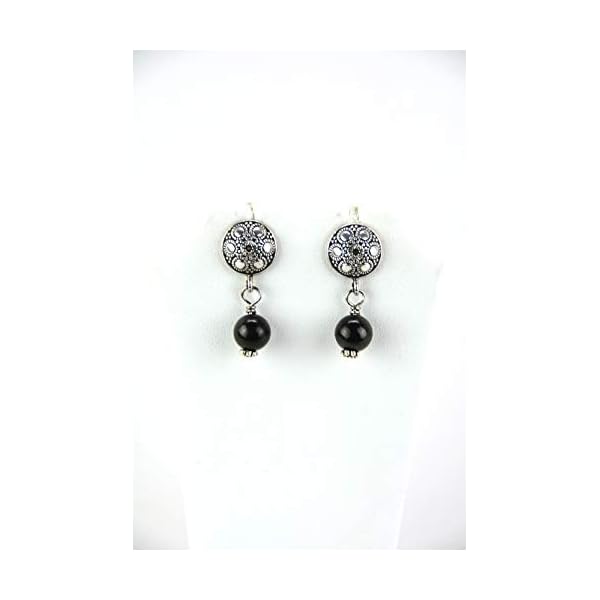 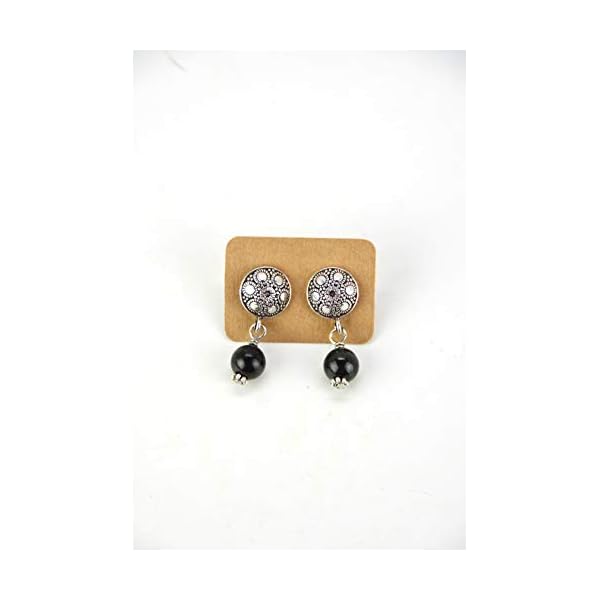 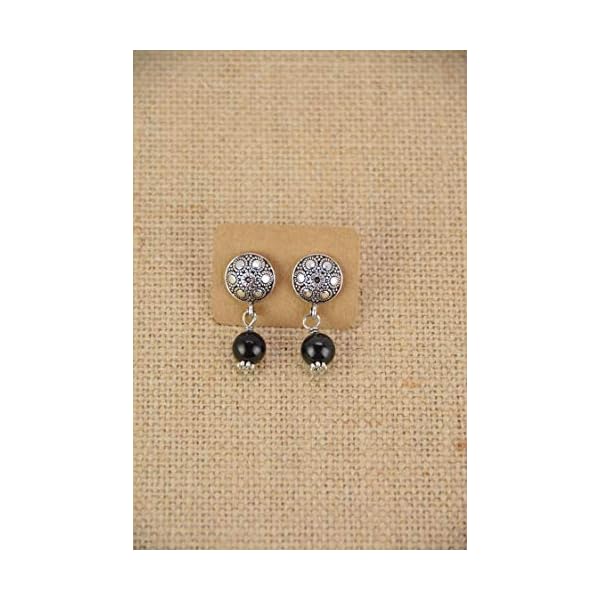 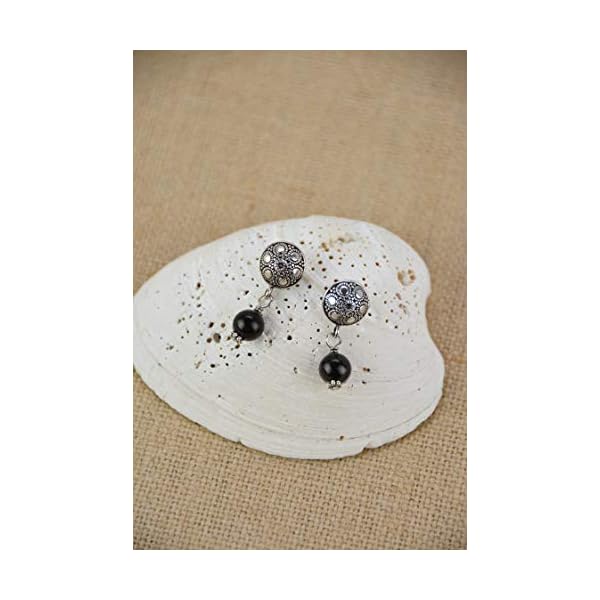 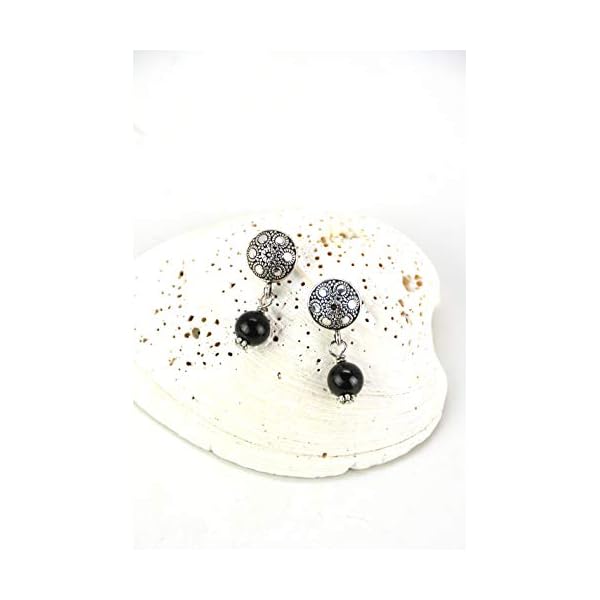 Product prices and availability are accurate as of the date/time indicated and are subject to change. Any price and availability information displayed on [relevant Amazon Site(s), as applicable] at the time of purchase will apply to the purchase of this product.

These beautiful earrings feature 8mm Shungite round beads! Silver post is 1/2″ diameter, and a zinc based alloy. Item# NG4966 Said to be around 2-billion years old, Shungite is only found in one place on Earth, in the Russian part of Karelia, and the deposit extends over 9000 square kilometers. Composed mostly of pure carbon, it is the only known natural mineral to contain fullerenes, which are specific molecular formations of carbon that act as a powerful, long-lasting antioxidant. The discovery of fullerenes earned the Nobel Prize in chemistry in 1996. Natural fullerenes not only have the ability to reduce the concentration of free radicals as no other antioxidant can, but their action is stronger and lasts longer. It is believed that the energy embodied within this ancient stone is said to absorb and eliminate anything that is a health hazard to human life, and it has active metaphysical properties with strong healing powers. Shungite is a powerful stone to shield you from the electromagnetic radiation given off by electrical equipment, including computers, mobile phones, microwaves and televisions.